The Shakespeare Authorship Studies Conference is a unique convocation of

academicians and scholars to gather annually for the purpose of sharing new research on the life and works of the Elizabethan era's premier poet, playwright and wordsmith. The conference is especially dedicated to the presentation of publishable research that thoughtfully addresses, affirmatively or negatively, the possibility that a writer other than the orthodox candidate — a butcher's apprentice from Stratford-Upon-Avon — was the pseudonymous author of the Shakespeare canon.

The Shakespeare Authorship Studies Conference, as an academic assembly, is also dedicated to providing a forum that contextualizes study of the writer who called himself Shakespeare by its solicitation of research that explores the character of and conditions for anonymous and pseudonymous writing in the Elizabethan and Jacobean eras. Studies that advance our understanding of other writers of the time, e.g., George Peele, Robert Greene, Francis and Anthony Bacon, Christopher Marlowe, Ben Jonson, Edmund Spenser, Thomas Kyd, et al are featured as well.

NO CONFERENCE IS CURRENTLY SCHEDULED FOR 2015. 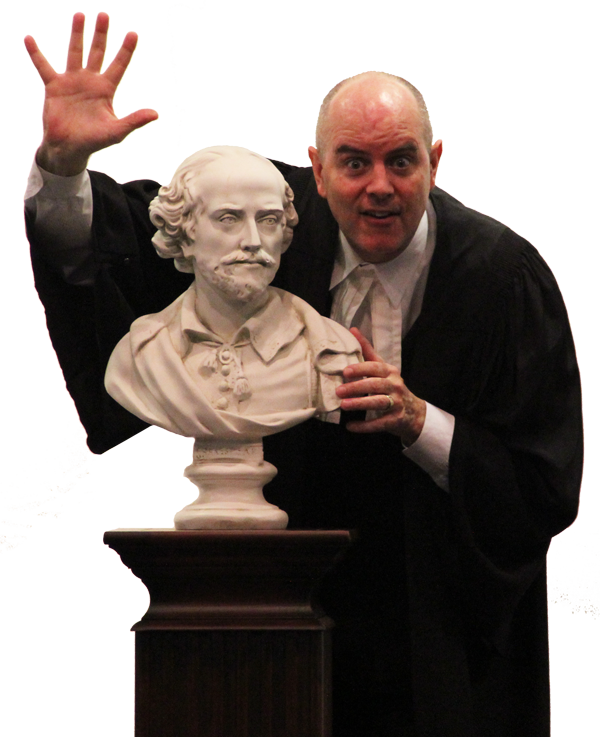 At the last annual SARC Conference Keir Cutler did a dramatic presentation From Crackpot to Mainstream: The Evolution of the Authorship Question, his adaptation of Mark Twain's satire Is Shakespeare Dead?